Well since we weren’t planning on doing the lifetime tri, we were in no real condition to go do a full out super sprint style race. With those smaller distance races you really have to give your all and get going quickly. No time to warm up.

The swim was great I got a quick 2 laps of warmup in the pool. I was able to push quite hard and got 18 lengths in the 10 minutes. I probably could have pulled off 1 more full length, but the official at the end of the lane said “That’s it” when I hit the wall of the 18th, I then asked if it was over, and he said no keep going. I got almost 1 more length in before the time ran out. 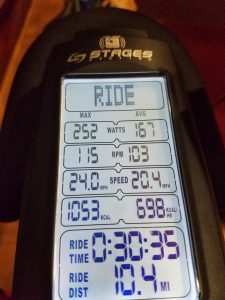 The bike set up was different than I was used to, but spin bikes are spin bikes so it shouldn’t have been a big deal. But I should have lowered the seat, I was never quite able to feel right, but I told myself it was only 30 minutes and I just needed to ride. Also when doing these sports sometimes I lose the ability to remember numbers and do math. So For some reason I told myself that 180 was my ftp and just tried to stay at that power number for the whole time. My ftp is at 210 btw, so I short changed myself quite a bit. I didn’t get nearly as many miles in as I should have. 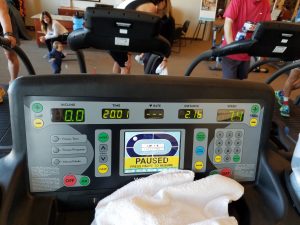 The run was on a treadmill of a type I have never run on before, and wow was it nice. instead of 1 large band that you run on it was made of rubber slats that formed the running surface. Very soft feeling, I wish all treadmills were like that now. But on to the run itself. It went well, I was able to pump up the speed every 10th of a mile from 5.5 until I was going about 7.5. The 20 minutes ended too quickly, but I was a bit out of breath. 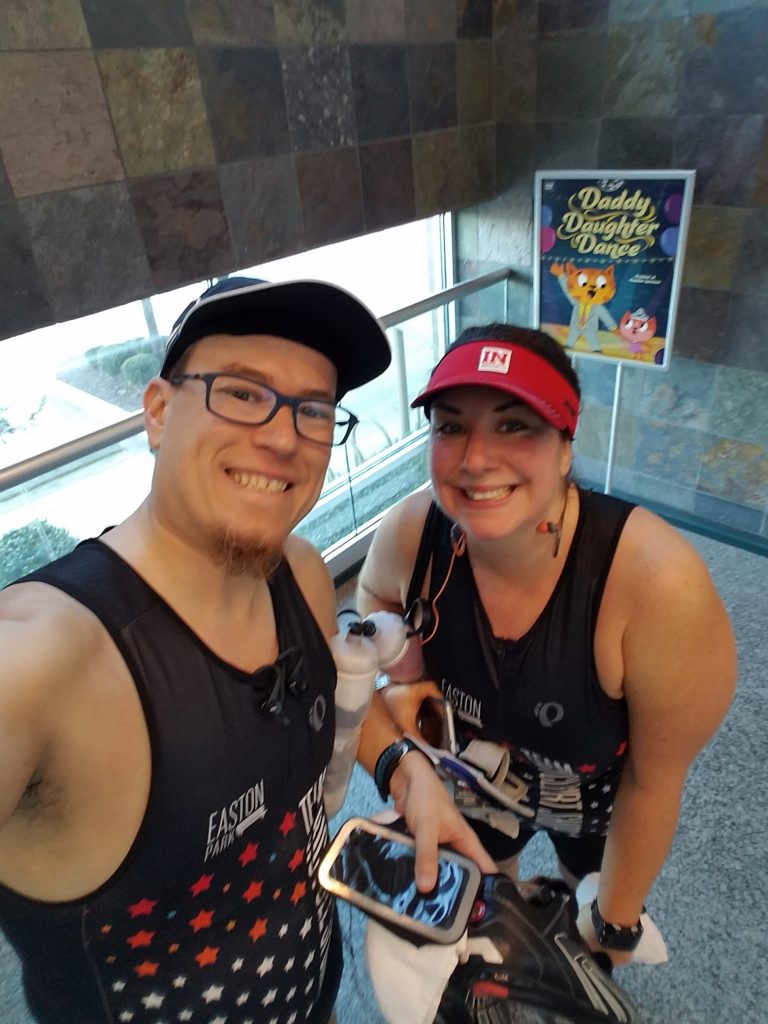 Overall lots of fun and great to see Lee do his first Tri and shake the dust off the racing body.

One thought on “The accidental race report”