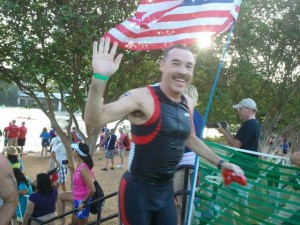 Brian Scott – guest contributor.  Joel and Leah are tri buddies of mine and asked if I would be interested in adding to their site.  I will say I am honored.

Short Story:  I’m about to start my second year as a triathlete and have great hopes of finishing two half-ironman races this year.  Also for some reason I have been running like crazy all winter and am hoping to do my first marathon in a few weeks.

Long Story:  In July 2011 I decided to be a triathlete.  My first thought was that I liked swimming and biking and that I did some running back in high school so I could probably do this too.  Although I was into sports in school I hadn’t done much since 10 years earlier when the soccer team I was on crashed and burned, so I knew it would be a slow start.

My first night running I couldn’t finish a full lap of the track without walking, but I pushed on.  In swimming it was pretty hard to move from breast stroke to freestyle, but I started with one freestyle lap every 2 or 3 laps then went to every other lap and eventually to every lap and I pushed on.  With biking it was easier than running or swimming as you could glide, but I would take my kids with me, and they were pretty fast, so I got to where I could keep up with them, then started finding longer and longer routes and, yes, I pushed on.

I did two mini-triathlons (300m,2mi,1mi) that summer and at the end of the summer signed up for and completed in the Pure Austin Splash and Dash (750m swim, 3km run).  I was worried I wouldn’t make it, but I did and I did NOT finish last.  I was so hooked!

One thing that was funny for me is at first I hated running.  I liked the swimming and biking but not the running.  But once I got to the point I could run for an hour I suddenly liked running the best – now it is like my meditation time.  I could run all day if my legs would let me. 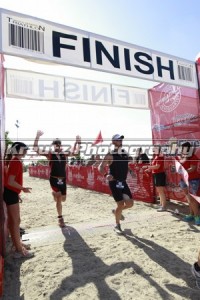 I spent most of that winter training for the 2012 Texas Tri Series and my first real triathlon, the Rookie Tri, in May.  I remember it was raining that day and they started late – I was so nervous.   But it started, the race went great, and again I did not finish last!  So hooked!  I managed to finish the whole Texas Tri Series, including an Olympic distance race, but missed the last one in Kerrville which was a half-ironman.  I didn’t feel I was quite ready for that.

One interesting side effect of all this training is I managed to lose about 70 lbs in the first year.  It wasn’t my plan, but constant exercise, healthy eating, and no junk food seemed to do it easily.

My training is very low tech and I do it all outside.  Fortunately I live in Austin so that’s not much of a limiter, but I do tend to run more when it’s cold as it generates the most heat. So this winter I decided to compete in the Austin Distance Challenge, a series of running races ending with either a half or a full marathon.  My original plan was to go for the half, but for some crazy reason I am going to try for the full marathon here in a couple weeks.  Just gotta keep pushing on. 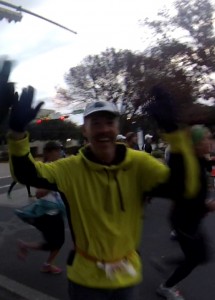 As for triathlons, this year I am doing the whole Texas Tri Series plus at least one extra olympic distance race and probably a second half-ironman (Austin) at the end of the season.

So I’m expecting this to be a great year!

“There are no limits!”