So whats been going on?

We got some Mountain Bikes! ( this has been on the list since last summer.) These ended up being a great deal, this years model of the bike was about $599.99, and we rode them and really liked them, but didn’t want to spend quite that much. The bike shop said they had some of last years model still in boxes in the back and that they were supposed to build them and put them on sale that day. So for about $175 each, we got last years model of the bike we both really liked. SCORE! 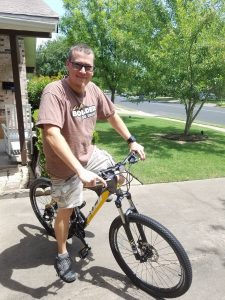 We went out to Circuit of Americas and rode bikes on the F1 Track! 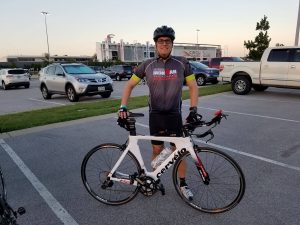 6 days of camping in the pop up over 4th of July! This was really an amazing trip. It is the longest Leah and I have camped together and it was wonderful. The new camper was amazing, so good that I was able to sleep until noon almost every day. We splashed around in the springs, I rode the mountain bike around the property a few times a day. We read, painted played games and I cooked about 15 meals. The place was Krause Springs and I would suggest going there to camp anytime. It was a very well taken care of camp ground. 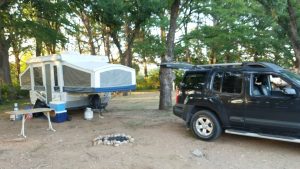 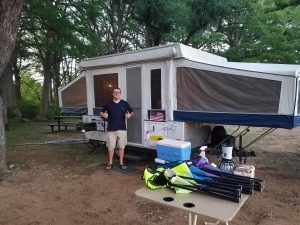 Work moved from 3 miles away from the house to 14 miles by car. Somehow this ends up only being 11 by bike! I am near a window again at work, so that is nice. It looks across the street to a small park with a fountain. 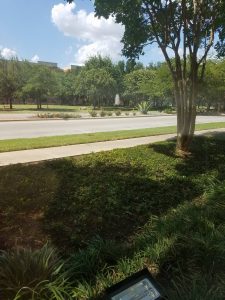 We have been exploring the area around the new work office. I have a decent 15 mile ride that is easy to do after work now, but am looking to extend it to about 20 miles. We did get caught in a heavy downpour and took shelter under some trees. It has been a blast to explore a new area and to ride on Hairy Man Road. 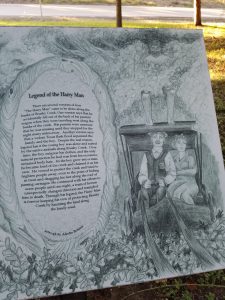 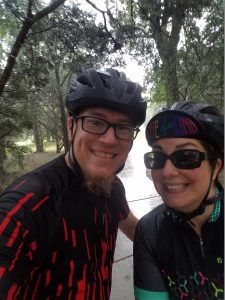 A few longer bike rides. By longer bike rides I mean in the 20-40 mile range. The El Diablo Poker Dash was a solid 100k, and it took some effort. I got 2 flats that day and it was only a feels like 105 at the end. My hand wasn’t great with a jack high and pair of 7’s. 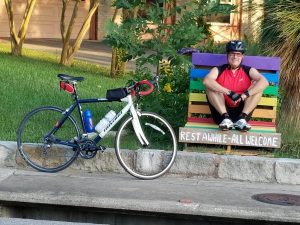 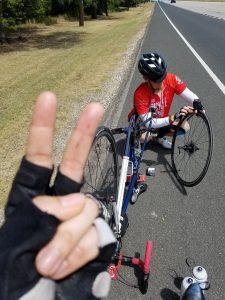 We cleaned out the side yard to make room to put the pop up there. Thank goodness for bulk trash day. We had 10+ years of our own junk back there and some stuff from the people who lived at the house before us. But its all cleaned out and we moved the camper from the front driveway to the side yard. (apparently we can get fined for having it in the front drive way, but only if someone complains.) 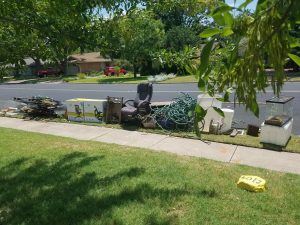 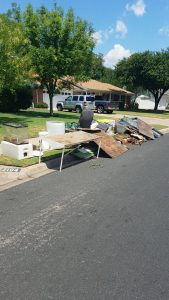 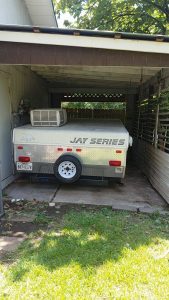 Last weekend I went fishing with my dad at Winkler Park in Temple, and I caught 2 fish. It was really nice to just get to sit and fish and talk to my dad for 4 hours. It has been since 2001 since we got to spend quality time fishing like that. 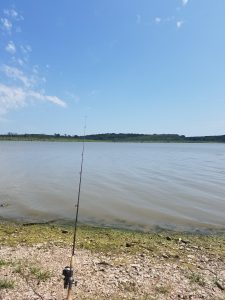 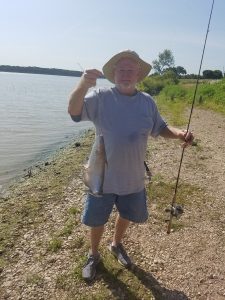 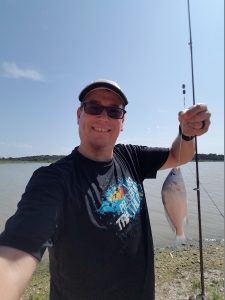 We are getting the home office picked up a little more. It is a big project. A few years ago it was almost completely done, but then it somehow get turned into a junk/box room again. Its getting there as you can see by the picture here. 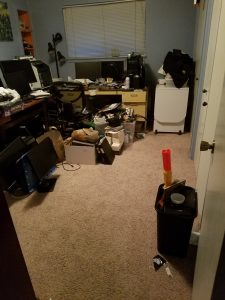 The guest room is getting re organized as a result of moving a book shelf from the office. The work out room is also getting re organized due to moving the book shelf from the office to the front room, to make room for the sewing stuff to go in the office. No picture, but just saying, if you try to organize 1 thing in a house your SO is guaranteed to make it a whole house organization by the end of it.

The shed was built yesterday and will soon be painted. We will be moving all the camping stuff into the shed + some bikes this weekend. We purchased it about 7 weeks ago, and it has felt like an eternity to get it here and built. 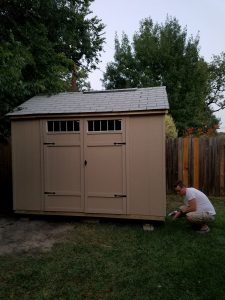 That might work to catch people up. No A races until Jan ’18, so everything in the list is just for fun.

What fun crazy things have you been up to?