Well its April and it has been raining a ton!

We have been getting outside as we can, but its not been the most successful of outdoor training months. 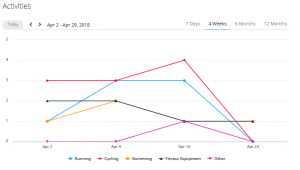 As you can see from the chart we have been constant about hitting about 2-3 of each sport + 2 lifts a week. As for time, though I know we are training again and hitting what we are supposed to, but after last years Ironman training, it just doesn’t feel like we are doing much. 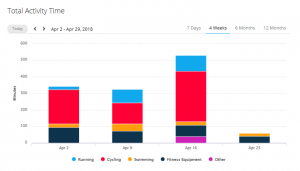 Here are a few pictures from this months adventures at least.

First of all, at the end of March we had a little sprint Triathlon in Katy Texas for the No Label Tri. This was RV camping for sure, no fire pits, hardly any grass. All concrete and giant RV’s next to our little pop up. But it was close to the race, only 40$ a night and quiet as could be. So that was nice.

Quix won her age group at this race and will be heading to nationals now, so that means I need to place well in the next 4 races so I can also qualify for nationals.

Just watch less than 1 minute of video here to see Quix finish then me right behind her.

Next up, a little lifting photo from the gym. I thought I had one with the big plates on, as this was earlier in the cycle, but I guess I don’t. I was dead lifting what felt like a TON, compared to last years weight work.

In my non sports non work life, I got my Complete In Box copy of Kid Chameleon, and have been doing well streaming that this month. I now have it where I can get through half the game in about 40 minutes. The speed run is getting better. But I would love to finish the game at some point. Just to see the end.

We have been able to work commute twice so far this month. I would like to do at least 2 times next month also. We pass a food factory where they make Michael Angelo frozen meals. And some times its just amazing smelling and some times its just old grease. But anyways, in front of the factory is a small ravine that is full of wild flowers right now. There is something amazing about the Texas wildflowers.

Our sponsor Wattage Cottage ( https://www.wattagecottage.com/wattagebrigade ) Has been spoiling us like crazy. It is amazing to come home from work to find a package waiting for us full of fun cycling stuff.

The Wattage Brigade is now open for others to join, so check out the link above to join. There are tons of perks for joining and you get a sweet kit. So go do it. You know you want to.

This month was 3 new pairs of socks, samples from sol GOOD protein bars and powder. There was also some CBD oil samples from Floyds of Leadville. I haven’t had an opportunity to try the CBD oil yet, but I will tell you that the sol GOOD bars are the bomb. I would eat one a day right now. 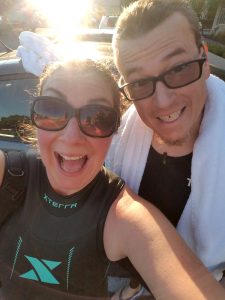 We got to go get an Open Water swim in at Pure Austin Quarry last night and it was ( just a little cold) AMAZING. It felt so good to get in the open water again. I always feel so confined in a pool.

Here is a video I put together of some pictures I took with the new 360 camera I got. If you have a VR headset its even better. ( Google cardboard, Samsung gear vr, or any of the pc ones.) W e took a trip from the house downtown to the new bike art installation, then back home in the wind.

Next up is 2 weekends of racing in a row. On the 29th we will be up in the Dallas/Denton area to do Texas Man Tri ( sprint this year not the X-50) I would love to say I feel like I will be able to qualify for nationals at this race, but it will really depend on who else shows up. Last years AG winner was about 25 minutes faster than I am, but I am not that far out from 3-5 place. 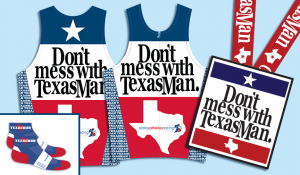 Then just after that will be The Rookie Tri here in Austin! This one has so many people usually. I will really need to kick some butt to place well. But I know the course well and am in good shape for the distance. I just will need to focus on never letting the effort go down and stay strong.

I think that about catches everyone up on April. There were some other things that happened where I have been diagnosed with psoriasis, and where thats a big “ugg”, I have been dealing with these symptoms for over 15 years. I will make a post eventually about what that is like. It isn’t contagious, its genetic so don’t worry too much.

Have a great rest of the month, and check in next month for the May edition. There should be more races, pictures and a cruise to talk about. 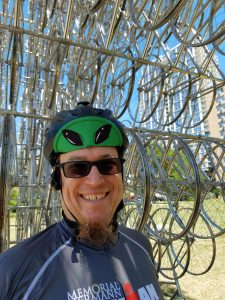